Think back to maybe 8th or 9th grade: you and your friends file into the auditorium or gym, and suddenly up on the screen are pictures of some not quite recognizable body parts covered in oozing sores. You're told that these are Sexually Transmitted Diseases (STDs), that they are scary and dangerous, and the best way to prevent them is not to have sex.

Generations of students have sat through this slideshow and sadly not learned very much because those pictures are of rare, extreme cases of Sexually Transmitted Infections (STIs). It's far more important to know the common symptoms of STIs so you can know what to look for and when it's time to get tested and treated.

So here's a basic STD symptom checker and some early signs you might have one of the more common STIs.

What is an STI?

What's the Difference between an STI and an STD?

Technically, infections are passed between people and may or may not cause diseases. It's only considered a disease if you have symptoms. But this isn't med school and in the real world most people use the terms STI and STD interchangeably.

People of any age and gender who are sexually active can get an STI. STIs can infect the genitals (penis, vulva, and vagina), the anus, the cervix (the opening to the uterus), and the throat. Each STI has different symptoms but the goal here is not to become an expert diagnostician.

Tests will tell you if you have an STD and which one you have, and your health care provider will know how to treat it. Your job is to know how your genitals feel and look (you may need a mirror for this) when you're healthy so you can be aware of any potential changes.

Common Symptoms of STDs in Men and People with a Penis

Each STI causes slightly different symptoms that usually show up within a few weeks of infection. Here's some of the more common things you should watch out for:

bumps, blisters, or sores on the penis or scrotum

pain or burning when you pee

a need to pee more often than usual

Common Symptoms of STDs in Women and People with a Vagina

Symptoms of an STI usually show up within a few weeks of infection. Keep an eye out for some of these common signs you have an STD:

bumps, bisters, or sores on the vulva or inside the vagina

pain or burning when you pee

a need to pee more often than usual

Many of these symptoms are similar to what you might feel if you have a yeast infection or UTI, which are not STDs but can be uncomfortable and throw a wrench in your sex life nonetheless.

Common Symptoms of STIs on the Anus

Here's the tricky part, the most common symptom of STIs might just be no symptoms at all. As an example, 50% of men and 75% of women who have chlamydia are completely asymptomatic-there's no discharge, no pain, no burning. That's why regular STD testing is important.

When to Get Tested for an STD

If you have any of the above STI symptoms, you should get tested right away. It might not be an STI (yeast infections are very common and often have similar symptoms), but if it is, quick treatment is important.

Given how often STIs have no symptoms, it might not be enough to only get tested when something feels off. Anyone who is at risk - which pretty much means anyone who is having unprotected sex outside of a long-term, mutually monogamous relationship with a partner who has tested negative - should consider STD testing at regular intervals.

The CDC recommends that most sexually active people get tested for gonorrhea and chlamydia at least once a year. And it suggests annual syphilis tests for men who have sex with men. Anyone who has multiple or anonymous partners might want to get tested more often.

Women and people with vaginas should also be tested for HPV as part of cervical cancer screening about every three years (as of now there is no screening test for HPV in men or people with penises). And every adult should be tested for HIV at least once, more often if you are in a higher-risk group.

Be honest with your health care provider about the sex you are having and let them help you come up with the STI screening schedule that makes sense for you.

How to Get Tested for a Sexually Transmitted Infection

Testing for STIs is simple. It can often be done with blood or urine, but sometimes requires a swab of the vagina, cervix, or penis. This can be unpleasant, but it doesn't hurt, and you may even be able to do it yourself. To get tested, see your primary care doctor or gynecologist if you have one, find an STI clinic near you on the Centers for Disease Control and Prevention's (CDC's) Get Tested website, or check out some of the online services that will send you a DIY test kit.

Many of the most common STIs, like chlamydia and gonorrhea, can be cured with antibiotics while others, like herpes, can be managed with medication so you have fewer outbreaks and less discomfort. If left untreated, STDs can lead to long-term health consequences including pelvic inflammatory diseases, infertility and cancer.

A Condom is a Good Start for STI Prevention

There is another big thing that your 8th grade assembly got wrong. Abstaining from sex may be safest, but it is not the only way to protect yourself from STIs. Research shows condoms can reduce the risk of transmitting all of the most common STIs including chlamydia, gonorrhea, syphilis, herpes, HPV, and HIV.

Today, we also have vaccines for two STIs (HPV and Hepatitis-B) and PrEP, pre-exposure prophylaxis, for those who are at high risk of HIV.

If you're at risk for STIs, check that your vaccines are up-to-date, use condoms every time you have sex, keep an eye out for symptoms, and get tested regularly. 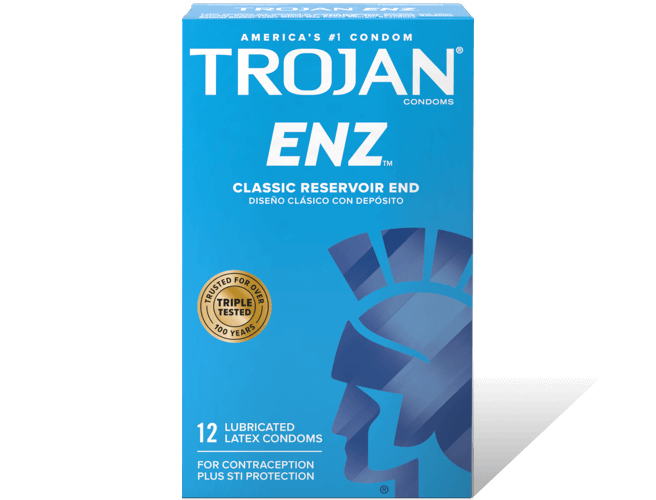 The classic reservoir end, with lube. 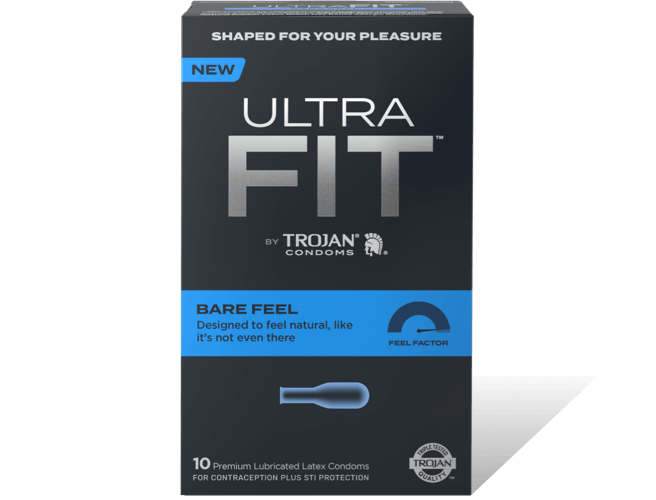 Designed to feel natural like it's not even there. 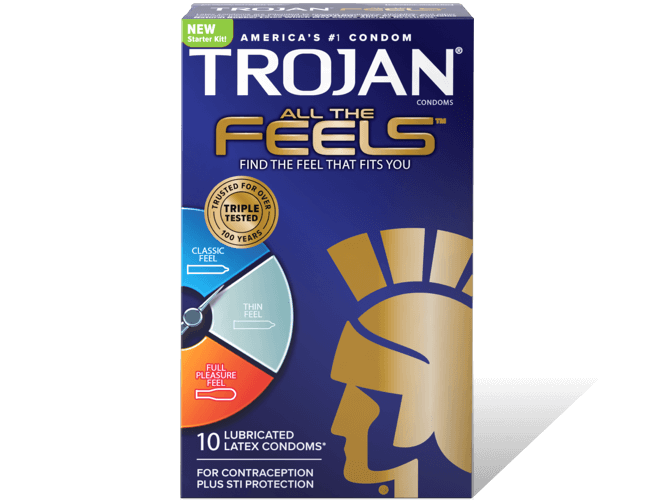 Trojan™ All the Feels Variety Pack™

Health + Wellness Knowing No: Let's Talk About Consent for Sex What is consent and why it's sexy. Learn More